Spaying and neutering in cats and kittens

A male kitten can become sexually aware from as young as six months old and he may start pungent marking of his territory.

Unless you want to breed from your cat, castration of a male cat is quite a minor operation if done early – usually at six months.

An un-neutered male is more likely to get involved in fights often resulting in abscesses and other ailments. He is also more prone to catch Feline Immuno-deficiency virus – a deadly viral disease which is spread by bite wounds. Neutering your male cat also stops testicular tumours occurring. 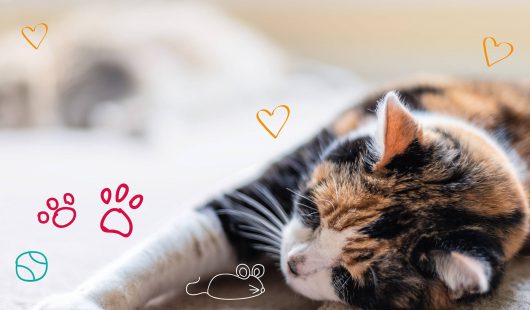 Female kittens can come into season well before they are one year old. It is therefore advisable to consider neutering between four to six months of age. Your vet will be able to advise what is best for your kitten. Cats usually come into season (i.e. are reproductively active) between March and September, though this’ll vary a little depending on weather conditions such as day length and day light. However, with the majority of cats kept indoors and not truly subject to outside weather conditions, some cats will even come into season in the autumn and winter periods.

During the breeding season a female cat, which has not been spayed (a queen) will come onto heat every three weeks. When on heat, a female cat is usually extremely vocal and it’s not unusual for an inexperienced owner to think their cat is crying in pain. She is usually very affectionate, even more so than normal, and will rub against your legs and furniture. She may also adopt a characteristic position, called “lordosis”. In this stance, she crouches down on her front legs and holds her rear end up, in a position ready to mate.

If you do not want your cat to have kittens, it’s advisable to have her spayed.