Things that are poisonous for cats

If you are going to be using antifreeze on your car over winter, be sure to keep it away from your cat. Pets are often drawn to antifreeze because of its sweet taste but it can have lethal consequences, which can come on soon after ingestion.

If you suspect that your cat has developed antifreeze poisoning, seek emergency medical treatment as soon as possible. This can increase the chances of recovery but this is not a given.

There are various plants that can be poisonous for cats if ingested. Inside your home, they include Lilies, Poinsettia, Holly and Mistletoe. Outside dangers include Chrysanthemum, Ferns, Azalea, Buttercup, Crocus, Daffodil, Holly, Hyacinth, Hydrangea, Iris, Lily of the Valley, Marigold, Oak, Peony, Rhododendron, Wisteria and Yew. 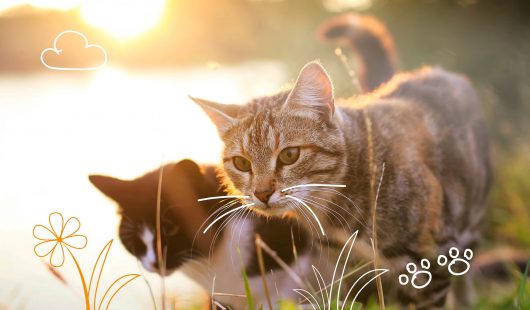 Cats cannot eat many ‘human’ foods and it’s important to know which could prove harmful or fatal if they are consumed. Foods that can prove toxic to cats include:

Chocolate – Chocolate contains theobromine, which cats cannot tolerate well. Darker varieties of chocolate can be more harmful but even regular milk chocolate can cause vomiting, diarrhoea, seizures, coma and in some cases, it can prove fatal.

Fat trimmings – If you feed your cat meat, always trim off visible fat. Ingesting this can lead to pancreatis.

Milk – Cats generally find it hard to break down lactose, which can make milk hard to tolerate. Stick to milk that is specifically designed with cats in mind instead of cow’s milk.

Liver – This is acceptable in small amounts but be careful not to give your cat too much. Liver contains vitamin A, which can be toxic in excess.

Mushrooms – These contain toxins, which can cause shock and even death for cats.

Spot-on flea treatments that are designed for dogs should never be used on cats and you should also ensure that your cat is not able to access this if you also have a dog in the house. These products contain ingredients which can be poisonous for cats.

Unless your cat lives solely indoors, think twice about using slug pellets in your garden. These contain ingredients which are poisonous for many pets, including cats. 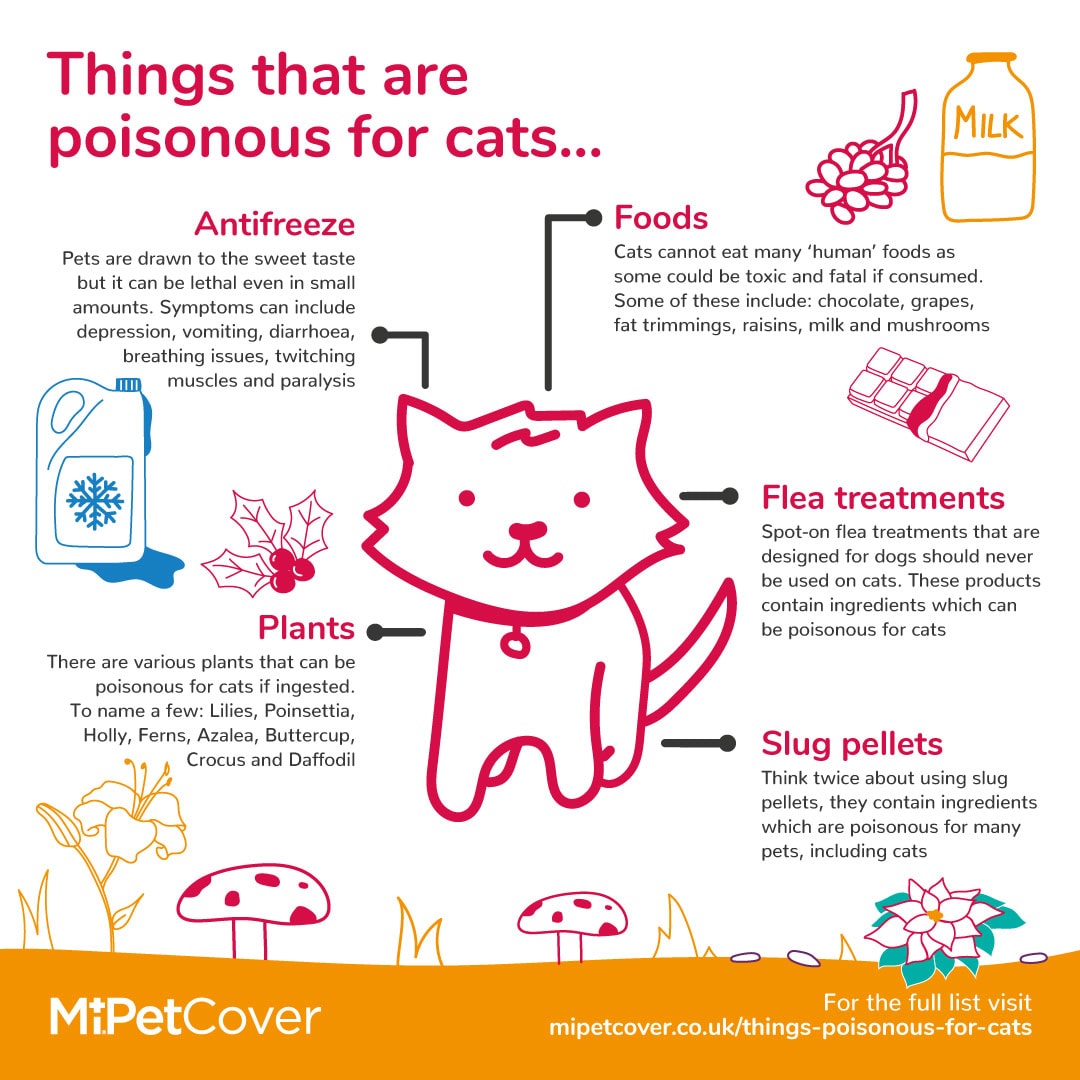 Remember that this list is not exhaustive, so avoid giving your cat anything unless you’re sure it’s safe. If your cat has eaten something you’re concerned about, please contact your vet as soon as possible.

Having a cat insurance policy in place will help you take care of any vet bills should your cat accidentally ingest something they shouldn’t have.