Pyometra is the name given to a potentially life-threatening infection of the uterus that can affect female dogs that haven’t been spayed. It is most commonly seen in older female unspayed (entire) dogs, but can happen even in younger dogs. Pyometra only affects female dogs.

Each time a dog comes into season (the oestrus cycle), the body produces hormones that have influence changes in the uterus (womb). The hormones affecting the uterus leave it slightly more prone to develop infection with each season, which is why this condition is most likely to be seen in older dogs that have had many seasons. In dogs that develop pyometra, the uterus becomes contaminated and infected with bacteria. Typically this bacteria is E.coli, which is commonly found in the guts and in faeces.

What are the symptoms?

The most common symptoms are excessive drinking, excessive urinating, not eating well and generally being off-colour. Often there is either a purulent (pussy) discharge from the vulva, or the dog licks and cleans her back end more than usual. They might also have a swollen abdomen due to the distended fluid-filled uterus. 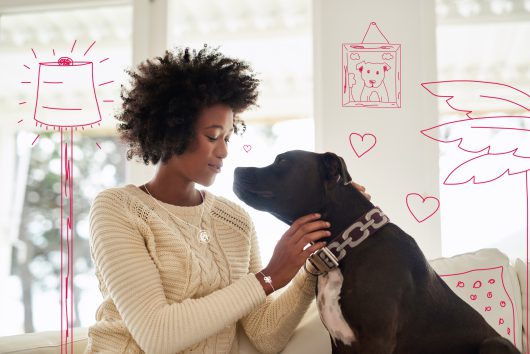 Timing is an important clue in pyometra since it usually occurs a few weeks to a month after the dog’s season, though this doesn’t rule out pyometra at other times.

Affected dogs can progress to sickness, dehydration, lethargy and collapse. If left untreated, pyometra can be fatal.

How is Pyometra diagnosed?

Most vets would be suspicious about a pyometra through a combination of signalment, clinical history, recent season and physical exam findings.

They might need to confirm the diagnosis with other tests, including blood sampling, examination of the vulval discharge, xrays or ultrasound exam.

The best treatment for pyometra is to take the dog to surgery to remove the infected uterus as soon as possible. Usually an ovariohysterectomy is performed, meaning that the ovaries are removed as well as the uterus. Fluid therapy, antibiotics and anti-inflammatories are often given as well to help the dog recover from the illness and the operation. The prognosis is usually good after a successful surgery if the dog hasn’t become too ill before surgery.

Other treatment options are potentially available in some circumstances but the surgical option remains the gold standard for the best outcome.

Prevention is better than cure.  Getting your dog spayed is the best way to prevent pyometra from developing.

It’s a good idea to have a dog insurance policy in place in case of any unexpected illnesses or injuries.