The Ragdoll cat breed is a relative newcomer to the cat world. First bred in the 1960s, this breed’s outstanding characteristics has to be their beautiful blue eyes and sweet nature. This makes the Ragdoll cat an ideal family feline for many households.

The Ragdoll cat has distinctive blue eyes and a semi-long silky soft coat. This breed has three different patterns: 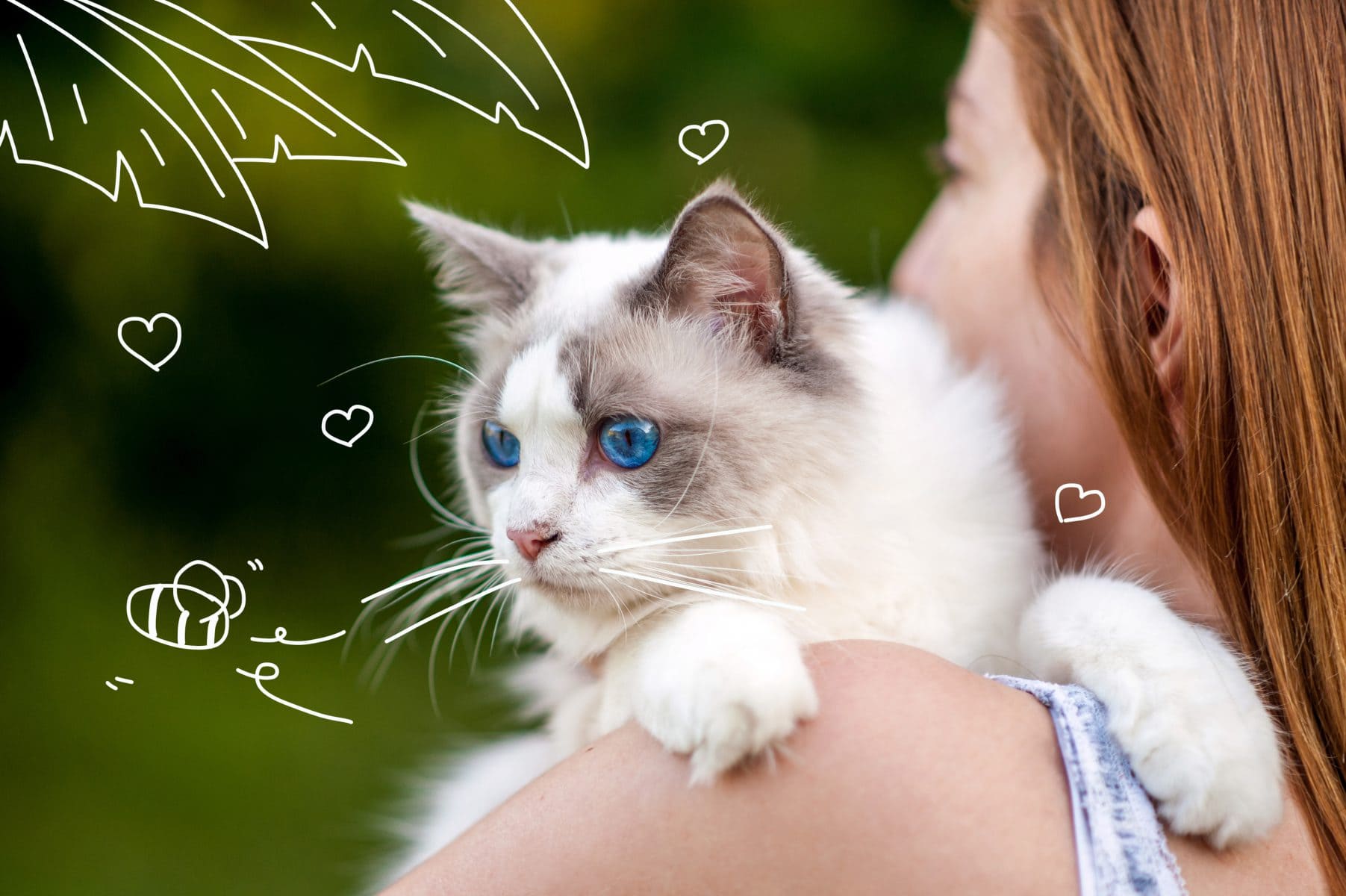 The Ragdoll cat is a placid and docile breed, making them a purrfect breed that’s easily suited to most households. They do love company, so these cats tend to prefer it if there’s someone around for them to interact with for much of the day. Ragdolls are gentle and tolerant towards children, often enjoying playtime with youngsters. They may also get on well with a canine companion so long as they grow up together.

However, they’re not keen on any changes to mealtimes (best to stick with a routine when it comes to feeding time!) or alterations in their environment, such as furniture being moved around.

They are a high maintenance breed and you’ll need to spend plenty of time on grooming. Their fur is semi-long and will matt or tangle easily. It’s a good idea to brush even more so during shedding season as hairballs could otherwise prove problematic.

The Ragdoll cat is generally a healthy breed, known to live 15-20 years if well cared for.

There’s a known hereditary health problem specific to the Ragdoll breed, Hypertrophic Cardiomyopathy (HCM). HCM is a form of heart disease and it’s suggested that around 30% of Ragdoll cats have this genetic mutation. This disease, where there’s thickening of the muscle walls of the heart, over time, sadly leads to blood clots and heart failure.

Ragdolls are also one of the known cat breeds that are prone to Autosomal Dominant Polycystic Kidney Disease where cysts develop on the kidneys. The cysts are present on the kidneys from birth and lead to problems with the kidney function, resulting eventually in kidney failure. A cat with this disease will tend to live to around seven years of age.

For both of these health issues mentioned, tests are available for male cats in order to detect problems ahead of breeding. A reputable breeder should be able to provide evidence of test results to put your mind at ease if you’re thinking of welcoming a Ragdoll into your life.

As with any breed, it’s strongly advisable to make sure that your cat gets regular health checks and that you consider putting a cat insurance policy in place to protect you against unexpected vet fees.

*Kitten must be between 8 weeks and 1 year old and is subject to a CVS health check. WalkawayCover covers illness and accidents instantly.